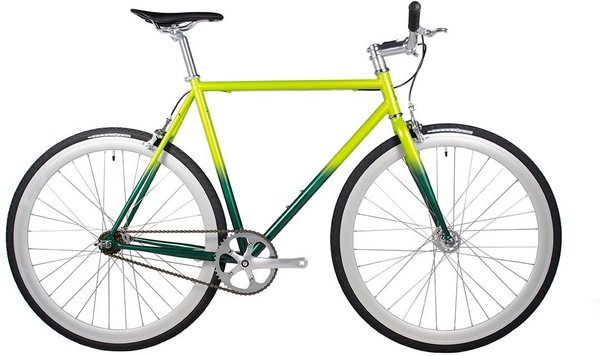 The all new 2018 Fade Series takes our most popular bike model and makes it even better. Featuring a high end paint scheme that seamlessly blends 2 paint colors in a half tone fade on our 4130 chromoly Eastside frameset, the new Fade Series bikes will stand out in any crowd. Available in 5 color combinations, the Fade Series Eastside is finished with our new 31.8mm rise bar and stem combo, Fyxation Session 700 tires and sealed bearing hubs and bottom brackets. We predict this bike will become an instant classic and will turn heads wherever the road takes you.

All Fade Series bikes ship as a single speed so you can coast, but can very easily be converted into a fixed gear by simply rotating the rear wheel using our flip-flop hub. Single speed bikes make a ton of sense in most urban and suburban areas. They are affordable, easy to maintain and repair and make great commuter and get around town bikes. Fyxation bikes are geared for city riding so even with one gear you can cruise around town with ease.

The Eastside Fade is built using 4130 chromoly steel for both the frame and the fork which means this beauty is light and strong. We use only sealed bearing hubs in our wheels which gives the Eastside a smooth ride and is something you typically find in higher end track and road bikes. The Eastside Fade uses our go anywhere Session 700 tires which were originally introduced by Fyxation in 2009 and are known around the world for their durability and longevity. Finally, all Fyxation bikes ship with front and rear brakes! While this may seem silly to point out, most fixies and singlespeeds on the market ship with only one brake which is both unsafe and forces you to spend extra money adding parts after your initial purchase. 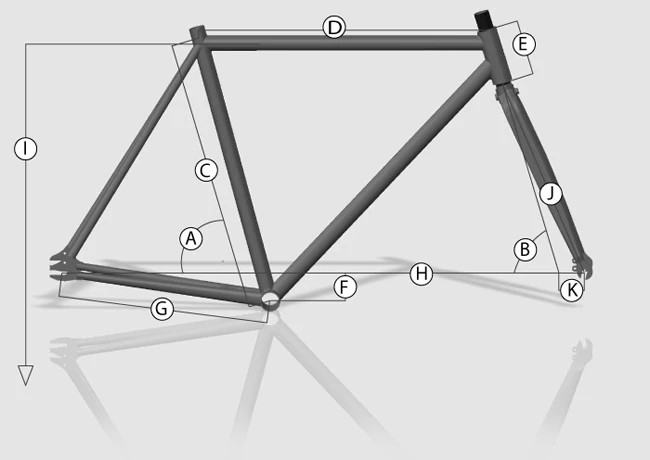 * Subject to change without notice.